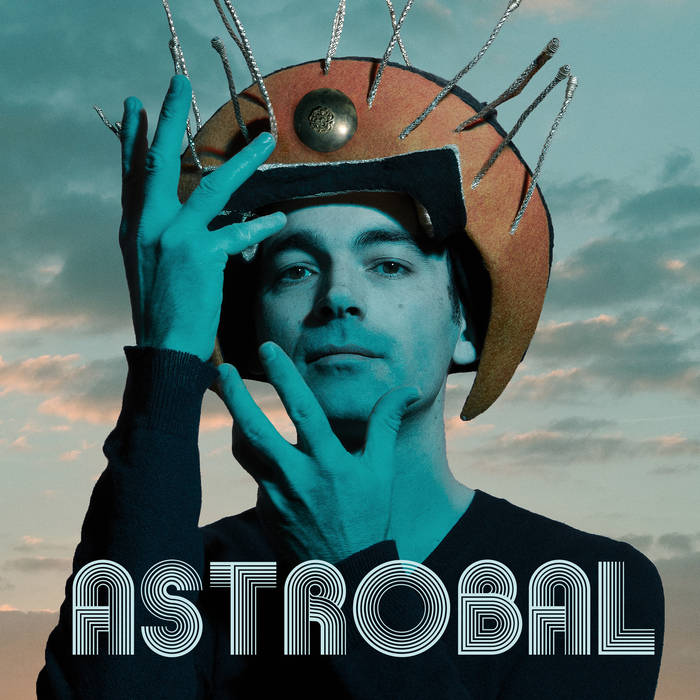 ´French electronic producer Astrobal has announced his forthcoming 'Memories of Stars' EP via German label Karaoke Kalk, combining psychedelic soundings with soft pop. He is already previewing the lead track 'Australasie feat. Laetitia Sadier'. The accompanying video was produced by Patrice Curtillat (a.k.a. Poborsk), whose fantastic illustrations flow over the geography of Australasia, as clouds of drones and satellites float in the sky, before inevitably diving in a kaleidoscope from where one emerges on stellar landscapes, where colors and hybrid forms blossom like mechanical insects.

Astrobal is the solo project of Emmanuel (Emma) Mario, who burst onto the scene in his native France through collaborations and production work with some of the country's most cutting edge artists, including Laetitia Sadier, Arnaud Fleurent-Didier, Holden, Institut, Monade, Hyperclean. and Iko Chérie. It is no coincidence that the Stereolab songstress should feature on 'Australasie', as Emma Mario's work as a producer and drummer for Laetitia Sadier has left an enduring legacy, rendering some of the most singular work from the iconic French chanteuse.

Mario has produced several Laetitia Sadier albums 'The Trip' (2010) and 'Something Shines' (2014), as well as the latest 'Find Me Finding You' album from Laetitia Sadier Source Ensemble, all three albums released through Drag City. He's been extremely busy this year, touring as part of the Ensemble and sometimes even opening the show as Astrobal.

"Our blood runs hydrous with the seas/The essence of oceans spills through our veins." Laetitia Sadier matter-of-factly unfurls these words on the opening track and they prove prescient. Astrobal's wispy, French-accented vocals intermix with Sadier's enchanting voice as she delivers spiritual and scientific information about the universe as if engaged in a shamanic incantation.

"Emmanuel became a long-time collaborator and he's very good at working with other people, but there was also a desire to do his own stuff. He was kind of doing it before he started working on this project, but then I guess he found his focus and made this incredible piece of work," says Laetitia Sadier.

"From one track to another, you're transported to very different countries, but it's also very familiar to Emmanuel, and I find that to be a real strength: to have such a variety of different styles, but still be familiar and to have some similarity. He reaches really far out to find certain tracks and to bring them back to a whole."

The album is aqueous, each track a slow wave building, with clean lines and fluid form. Symphonic strings and ethereal ambient washes are married to buzzing synths and Astrobal's crisp, crackling drums. Though eclectic, Astrobal presents a cohesive vision, with the guiding principles of texture and fluidity uniting the disparate threads. Astrobal creates a universe one can swim around in – from start to finish, the particular mood always beholden to the vibe. One leaves his dream world having lived a unique experience laced with sonic and solar dreamrry.