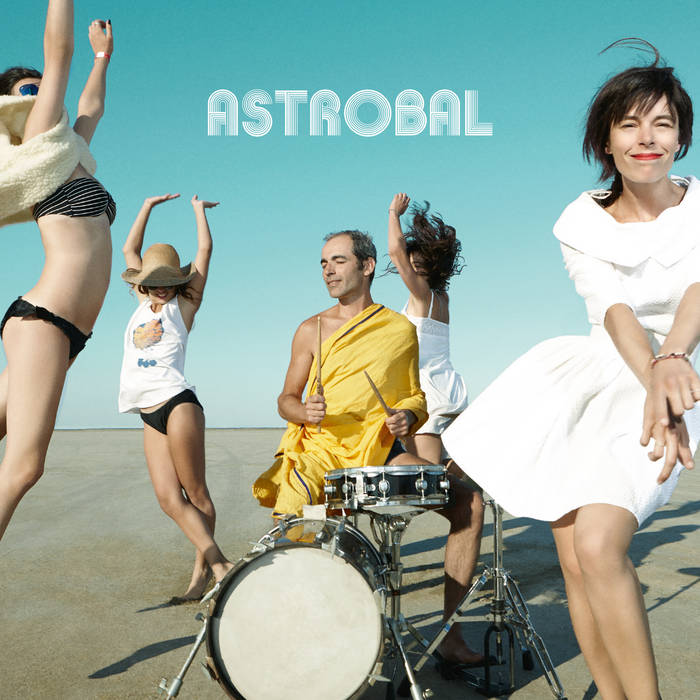 "Astrobal, nee Emmanuel Mario, burst onto the scene in his native France through collaborations with some of the country's most cutting edge artists, including Arnaud Fleurent-Didier, Holden, Institut, Hyperclean… Most notably, his work as a producer and drummer with Stereolab's Laetitia Sadier left an indelible mark, rendering some of the most singular work from the iconic French chanteuse."

"Our blood runs hydrous with the seas/The essence of oceans spills through our veins." Laetitia Sadier matter-of-factly unfurls these words on the title track of Astrobal's first full-length, and they prove prescient. The album is aqueous, each track a slow wave building before a momentous crash of sound, with clean lines and fluid form. Symphonic strings and ethereal ambient washes are married to buzzing synths and Astrobal's crisp, crackling drums.

Take opening track "Everybody Loves the Sunrise": building slowly from Eno-esque synth gauze and swelling strings, it gradually layers in flutes, ricocheting drum snaps, and rubbery bass, crescendoing in a lush wall of sound before returning to its calm, Sunday morning peacefulness. The funky flipside to this opening chill is the strutting cool of "Isao & IO." Floating in on a laidback, Shuggie-Otis-on-quaaludes groove, Astrobal's wispy, French-accented vocals glide through crackling keys and chopped acoustic guitar, creating a melodic haze to get lost in.

Though eclectic, Australasie never feels less than a cohesive vision, with the guiding principles of texture and fluidity uniting the disparate threads. From the lounge-y slink of "Rubycon" to the hymnal warmth of "Trois Beaux Oiseaux du Paradis," Astrobal creates a universe one can swim around in; from start to finish, it is of a particular mood, all beholden to the vibe. It is an assured first full-length from an artist who has put in the time to find himself and build his own world.

Everything composed, played, recorded and produced by Astrobal
between Paris and Caves (France), from july 2014 to october 2015